How to protect reinforcement during the restoration of reinforced concrete structures

Reinforced concrete structures are constantly under conditions of increased load and exposure to the external environment, which is why they are subject to destruction over time. Repair of such structures is quite expensive and over time, the cost of restoration can only grow. Because of this, it becomes clear that it is economically advantageous to increase the initial financial investment in the manufacture of reinforced concrete structures or at the stage of their restoration.

A major disadvantage of reinforced concrete structures is the formation of corrosion on steel reinforcement, which is a significant factor affecting the technical condition, safety, reliability and durability of the entire structure. That is why special attention should be paid to the protection of the reinforcement, because the formation of corrosion on it can significantly reduce the service life of the entire building. It is possible to extend the service life of the reinforced concrete block if protective measures are provided for the reinforcement against corrosion.

Corrosion formations appear on the valve most often due to the influence of atmospheric and chemical factors, which are caused by frequent and sharp changes in air temperature, as well as aggressive components of the atmosphere itself (chloride, carbonate, sulfate, etc.). An effective solution to this problem will be the corrosion inhibitor Tekno Ad.

Tekno Ad is a special cement adhesive strength enhancer that also acts as an effective inhibitor of corrosion formations on metal reinforcement.

This composition is used:

The Tekno Ad cement booster is used according to the following technology. Previously, the working surface must be cleaned of everything that can prevent the effective setting of the composition – it can be rust, dirt, oil, detergents, etc. Immediately before applying the composition, it is necessary to moisten the treated surface.

Mixing of the solution is carried out using a low-speed mixer. The mixture is added to a container of water, gradually stirring at low speed for 5 minutes. After that, the solution is kept for 3 minutes, after which it is mixed again until smooth. The solution can be applied either with a brush or in a mechanized way, which is very important for large volumes of work. The finished solution should be used within an hour after preparation. 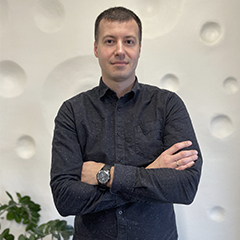